HVAC Industry Rallies Around One of Their Own

HVAC Industry rallies around one of their own Manufacturers, distributors and dealers all pitch in to bring air conditioning to a technician that fell ill last Thanksgiving.

Gainesville, Florida: Dan Johnson had serviced homeowners’ air conditioners for the last 20 years. He had a passion to serve people, and he was a hero to the residents he helped. All that ended last Thanksgiving. Early Friday morning, Ashley Smith, a dispatcher for North Central Florida Air Conditioning received a phone call from Mr. Johnson. It was very brief. Before she could understand what he was saying, the line disconnected. She tried to call him back, but he did not answer so she called the owner for guidance. Mr. Walsh reached out to Dan, and immediately recognized he was in distress. Mr. Walsh notified the authorities, and they rushed him to Shands.

Dan lived alone and off the grid. He took pleasure in the simple things. Now he was clinging for life in ICU, and nothing about his life would ever be simple again. After more than 6 months in the hospital, countless procedures, and endless prayers, Mr. Johnson is finally able to come home. Unfortunately, the simple life he had always lived can no longer sustain him in his current medical condition. A man that had helped so many for so long now needed help. On Wednesday, he called North Central Florida Air Conditioning and asked how much it would be to install air conditioning in his home? “When I got the call from Dan, I was flooded with emotions” said Raymond Walsh the owner of North Central Florida Air Conditioning. “I visited with him in the hospital several times, and had a mini Christmas party for him in the ICU. I celebrated in early February when he was discharge. I never knew the challenges he faced until he called looking for an air conditioning.”

After receiving the call, Mr. Walsh started making calls of his own and was amazed to hear the stories on how Dan had affected so many professionals in our industry. “I have much respect for Dan, he may not remember how much of an influence he was for me 18 years ago when I first started in this business but he taught me about duct work and installing. He was always patient and kind and I have nothing but good memories of our time working together all those years ago” explained Janise Porter Branch Manager of Goodman Distribution. Call after call, story after story, and donation after donation started rolling in. In less than 24 hours, the local HVAC community came together to get everything needed to install a brand new air conditioner and ductwork for FREE come this Friday the 29th of June!

About North Central Florida Air Conditioning: NCFAC has been serving this area for the last 20 years. They are improving lives by improving homes.

Posted in Air Conditioning, Community Involvement, Home Improvement | Comments Off on HVAC Industry Rallies Around One of Their Own 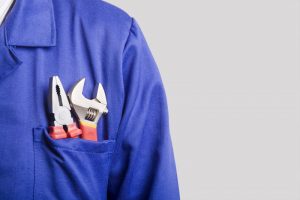 When you live in the Gainesville area, having a fully functional and efficient air conditioner is an absolute necessity. This means making sure you have that system installed by professionals to ensure it’s properly matched to your home. It also means investing in routine system maintenance each year (or twice a year, if you have a heat pump).

Perhaps most importantly, it means getting repairs done promptly when needed. But, how do you know you’re selecting the right professional for your AC repair in Gainesville, FL? What if you have a general handyman tell you something is wrong with your system, but you haven’t seen any symptoms of such problem? Could you be wasting your time and money? END_OF_DOCUMENT_TOKEN_TO_BE_REPLACED

AC Troubleshooting: What Causes a Loss of Cooling Power? 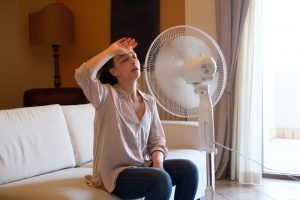 With temperatures already soaring, there’s no avoiding the fact that summer is well on its way. And when it officially begins, you’ll be thankful for a completely functional and efficient Gainesville, FL air conditioning system. But what if yours isn’t up for the job?

The dead of summer is undoubtedly the worst time for your cooling system to accrue problems. However, it’s typically when problems are most likely to occur, unfortunately. And a drop in cooling power is one of the first signs that something is wrong with your cooling system. Should you notice this drop, give our team a call. In the meantime, we encourage you to read on and learn more about what causes this frustrating AC issue. END_OF_DOCUMENT_TOKEN_TO_BE_REPLACED